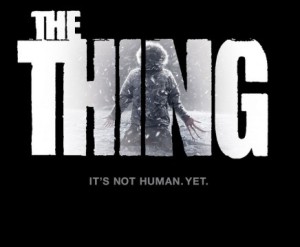 As many of you are undoubtedly aware, there is going to be a prequel to John Carpenter’s The Thing released next week, misleadingly titled, “The Thing”. Already I’ve heard rumblings of those incorrectly assuming it’s actually a remake, and why wouldn’t they, being that it shares the same title, many of the events depicted in the trailer closely mimic those of the Carpenter’s film, and in a chickenshit move by Hollywood, none of the main characters are actually Norwegian…Well you can’t expect Americans to read subtitles now, can you?

So here I’m left with the dilemma of whether or not to give these people my money. It’s known that I’m quite vocally against remakes of classics, especially when they rape the original in it’s mouth, but The Thing is, in my humble opinion, the definitive remake. Now here comes a prequel to the remake, and so there shouldn’t be much for me to complain about…it’s not a remake, right? 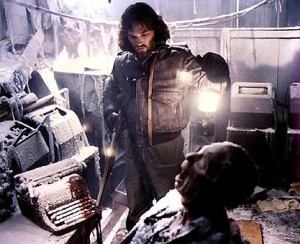 Not necessarily, and there’s always the (very) off chance that I’ll be pleasantly surprised (which is why I’ll probably end up in the theater…just in case). I have to admit, the second clip released shows a relatively well executed scene containing some psychological tension, but it still doesn’t quite get the taste of the original clip out of my mouth, which showed two poorly executed jump scares, a distinct lack of tension and a CG Thing…

In the end this could really go either way, and I won’t pretend to know anything the trailers and interviews haven’t already revealed, but here’s a  rundown of some reasons why I’m personally approaching this film with unbridled caution…

CGI – Part of what made the original so shocking and memorable was the amazing transformations and creature designs, all done 100% with practical effects, and other than a couple stop-motion shots toward the end of the film, all of it holds up better than most CGI effects. Now the director can tell us a hundred times in a hundred interviews that he’s using practical effects and only using CGI to “enhance” it, but when every transformation I see in the red band trailer is obviously done with CGI, I quickly lose all faith in this aspect of the film doing anything but disappointing me.

And then we have shots that look like this…

No really, this is from the official Russian trailer for The Thing (2011)

Mystery – Part of what makes the “original” so good is the unanswered questions, and that includes what actually went down at the Norwegian camp. If this was being handled properly, by the original filmmakers, I might want some of these stones turned. However, I’m already worried, as I’m seeing pussy moves like throwing in Americans as the main characters because they’re too afraid to throw a subtitled movie in theaters, and unfortunately it’s a legitimate fear because Americans don’t like reading. Now I don’t want to speak for anyone else here, but I always imagined everyone at the Norwegian camp being Norwegian because that’s what Carpenter’s film lead me to believe. Now there’s going to be major issues if anyone but one pilot and a bearded Norwegian with little to no knowledge of the English language survives. But I have to wonder, if they don’t have the balls to have Norwegians as the main characters at a Norwegian camp, will they have the balls to kill off every member of the American cast?

Transformation from John Carpenter's The Thing

Flash – There’s a plague of flashiness that’s infected nearly every recent horror film. Gone are the days of slow burns and subtlety. I’ve already seen it in CG tentacles (over) dramatically pulling people across the screen, vehicles falling through ice toward the camera and aliens exploding out of their icy beds. They usually try to show all excitement in the trailers, so hopefully that’s the bulk of it, leaving more room for the slower, well paced scenes like those shown in the second officially released clip. I know better than to judge a movie by it’s trailer, so I’m begging to eat my words over here.

Echos – Obviously things are going to go down pretty similar at the Norwegian camp as they did in the original. It’s a similar facility, they have flamethrowers, dogs in cages, helicopters, and they’re dealing with the same creature. The problem is that there’s scenes shown in the trailers that so closely mimic the original that it’s not outside the realm of possibility that one would think it’s a remake disguised as a prequel…a premake, if you will. Some of the dialogue even echos the original, only not as well written or acted. Once again, there’s bound to be many similarities, but that evokes the question on whether or not this film should even be made. Eh? Eh? 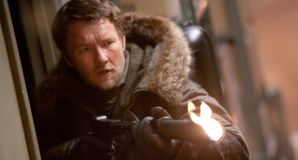 In conclusion, there’s a lot going against the chances of this film being great in my eyes, not the least of which being that it has quite the bar to live up to. So far the music seems to evoke the same mood as the original, some of the tension seems to be there, some of the creature designs are looking pretty cool, and frankly I’d be happy to have another great horror film in the vein of John Carpenter’s masterpiece. But then there’s all that shit that could easily stink things up…but there’s only one way to find out, right?

What are your thoughts on this prequel? Are you going to see it? Are you excited, cautiously optimistic, or are you planning on staying home and watching the 1982 film on DVD?

This entry was posted on Thursday, October 6th, 2011 at 8:07 PM and tagged with john carpenter, Prequel, remake, the thing and posted in Dreaditorials. You can follow any responses to this entry through the RSS 2.0 feed.
« Abarat: Absolute Midnight
The Thing (2011) “Review” – CONTAINS MASSIVE SPOLIERS »

3 responses to “The Thing (Prequel)”