“If this picture doesn’t make you scream and squirm, you should see a psychiatrist–quick!” 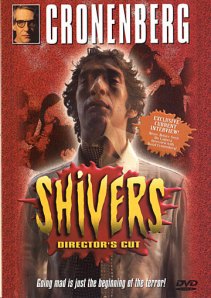 David Cronenberg’s Shivers, AKA They Came From Within, is one of those lost gems that’s damn near impossible to track down these days. You’ll pay upwards of $50 for a used copy, and for some bizarre reason no one seems to be stepping up to distribute this now out of print DVD. 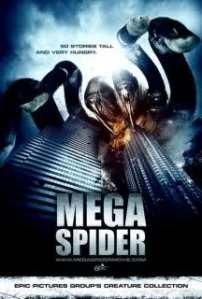 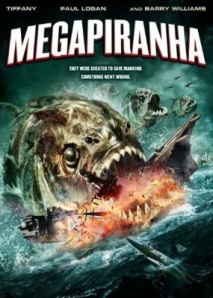 But Shivers? Forget about it!

David Cronenberg made his feature debut with Shivers, which was also Canada’s first domestic horror film. Working within the limitations of the budget, Cronenberg makes the bland sets and subtle performances work in his favor, as he so often does. The film opens with a seemingly mundane–yet somehow chilling due to Howard Shore’s brilliant score–advertisement for a remote, self-contained apartment complex. It’s within the walls of this complex where the majority of the film takes place, and the gritty, claustrophobic setting will create a suffocating vision of modern living at the time.

Like most of Cronenberg’s early work, Shivers is far ahead of it’s time in its scientific approach to horror themes, and likewise, it’s far deeper than what’s shown on the surface. Predating the discovery and scare of AIDS, the film centers around a genetically engineered parasite; a mixture of aphrodisiac and venereal disease that quickly spreads throughout the complex, turning the occupants into violent, sex crazed maniacs. 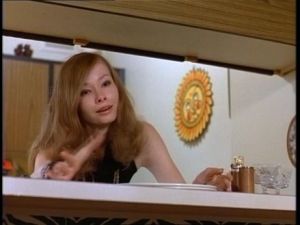 The disease, created by a modern day mad scientist, was an attempt to bring humanity back to it’s primal roots and break down the taboos put in place by society. Realizing what he had created and the calamity of such a parasite if unleashed into the outside world, he murders his primary test subject in an unnerving sequence of depravity and violence. Though most of the violence happens off screen, you’re left feeling as if you were shown more than you were, not unlike the original Texas Chainsaw Massacre.

But by the time the mad doctor murders his patient, she’s already infected several residents of the complex and the parasite has taken on a life of its own, living inside its host in the form of a slug or worm-like creature, bringing to mind future science fiction horror films such as Alien and Night of the Creeps. There are hints of influence from Night of the Living Dead in this film, but with the disease affecting the living and being a sexual disease, there’s a disturbing and personal level not present in Romero’s masterpiece. 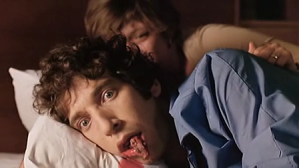 David Cronenberg has an ability to make his viewers uncomfortable by directing a film that’s subtle and somehow comforting, with soft, dry performances, thereby breaking down defenses before disturbing the audience with scenes of violence and sexual taboos absent from most mainstream films. The mixture of sex and violence is quite distressing, even for horror veterans, and includes such taboos as incest, pedophilia.

The brilliant script, penned by Cronenberg, wouldn’t work if not for the skilled directing and haunting score by Howard Shore. There’s obvious limitations due to budgetary restraints, but the film manages to make these things work, creating a classic horror film that’s criminally underrated and without current distribution. If you’re a fan of Cronenberg’s work and lucky enough to stumble upon a copy, you must own this film, and if you’re not, it’s time to get acclimated.

Shivers is a disturbing and expertly crafted debut film by David Cronenberg, with a sense of claustrophobia and mounting dread that pays off with a subtle and chilling end that sticks with you once the credits end and the lights come back on.

This entry was posted on Sunday, October 30th, 2011 at 12:24 PM and tagged with david cronenberg, horror, retro, review, Shivers, they came from within and posted in Film Reviews. You can follow any responses to this entry through the RSS 2.0 feed.
« Doguhn: history, news, sequel?
Doguhn: Available NOW!!! »